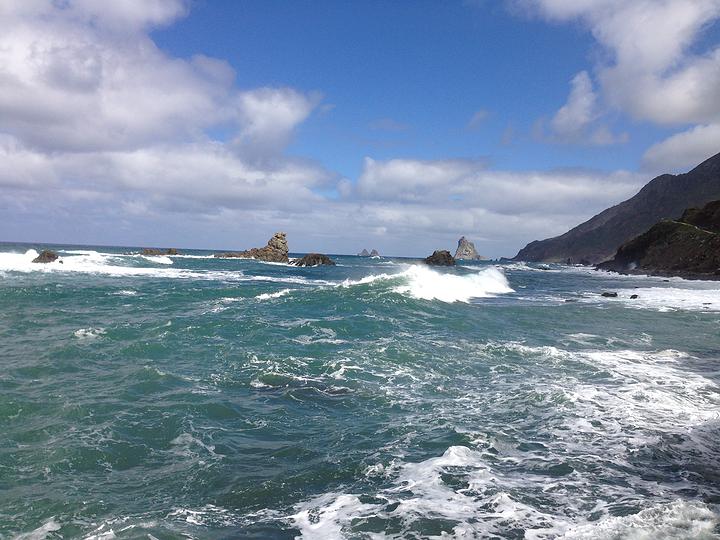 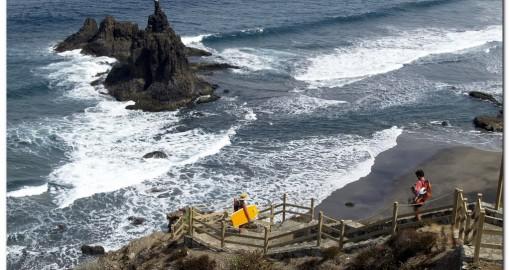 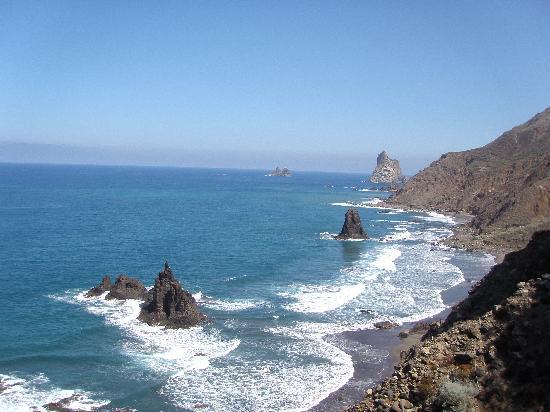 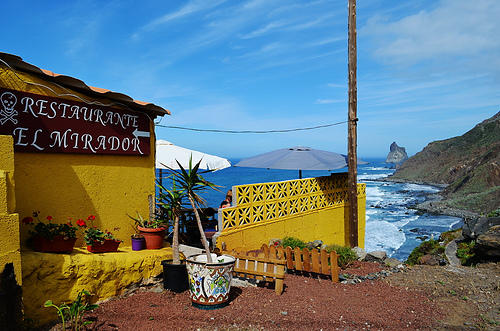 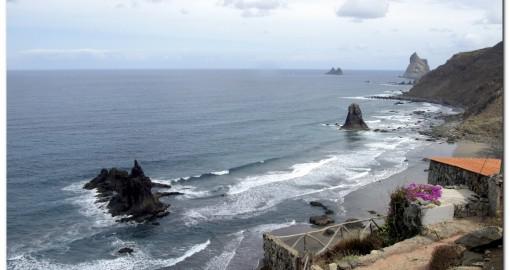 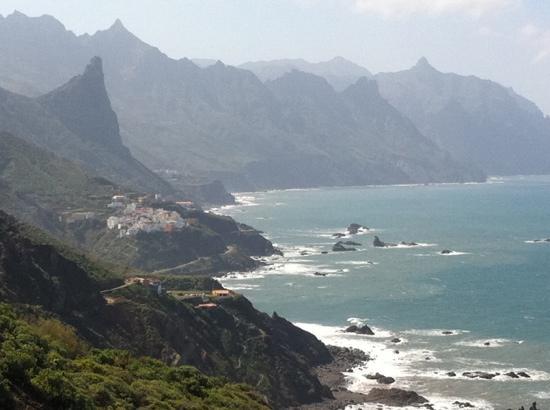 Found on the very north eastern tip of Tenerife, near the tiny town Taganana, the Playa de Benijo is one of the most secluded beaches in Tenerife and one of ‘secret’ destinations, because the difficult access.

The only way you can access Benijo is by driving along narrow winding mountain roads which certainly isn’t for everyone. If you brave enough to drive you’ll be rewarded with a incredibly beautiful panoramic landscapes of Aaga and stunning black sandy beach lined by crystal-clear waters.

If you catch the beach on a good day you’ll be able to enjoy a refreshing dip, but most of the time the colossal waves make the sea only suitable for surfers and other water sport enthusiasts.

Benijo is worthy to visit rather not to swim, but mainly to see spectacular landscapes and sea rocks Roque Benijo and Roque de la Rapadura. There’s also point where you can go toward the giant oceanic waves by a narrow pathway made in a rock. Unforgettable impression.

Sightseeing Tour around all the Tenerife >>> 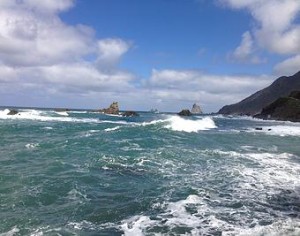 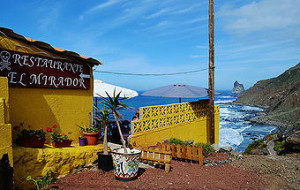