The Island of Joy

There are a hundreds of local festivals are organized across all the Tenerife and during all the year. Every municipality and town celebrate its anniversary and, in short, people in Tenerife like to have a fun and celebrate everything.

Nontheless the biggest event in the year is Carnival in Santa Cruz de Tenerife, the 2nd biggest Carnival in the world right after Rio de Janeiro and is contained in The Guiness Book of Records with the largest share of the public – more than 200 thousand people at a dance held in open place.

Every year, crowds of people come to experience this fiesta where everything is allowed and you have only one obligation: to have fun. Rhythm, colour, flamboyance, luxury and of course the most brilliant spectacle.

The Santa Cruz de Tenerife Carnival is the most “Brazilian” of all the Spanish carnivals, and it is famous all over the world for its popular flavour. For fifteen days, the streets of the city come alive with joie de vivre, freedom and extravagance.

The gala to elect the Carnival Queen, one of the carnival’s main events, is held on the Wednesday of the first week of festivities. In this spectacular competition, all the candidates parade in all their glamorous finery on a 1,200 metre square stage wearing the most fantastic costumes, which can weigh more than a hundred kilos. Once the queen has been elected, the parade announcing the start of the Carnival takes place on the Friday: thousands of people and dozens of musical groups fill the streets for hours in a breathtaking multi-coloured chain of merrymaking and devil-may-care joie de vivre.

Over the three next days, the city gives itself up to music and fun as the different carnival groups perform. The witty and ironic lyrics of the songs take current social and political themes as their subject, all treated with a good dose of humour.

And the climax comes on Carnival Tuesday with “el Coso”, a spectacular parade which will amaze everyone who sees it. The next day the Burial of the Sardine marks the end of the festivities: the spirit of Carnival, symbolised by the sardine, is carried through the streets on a funeral bier, and is then set on fire and consumed by the flames to the despair of the entourage of inconsolable and “grief-stricken” widows, widowers and mourners.

The final ending, however, is really the celebration of the “Piñata Chica” at the weekend, with shows, dances and parades.

If you are planning to come to the Santa Cruz de Tenerife Carnival you should make your arrangements well in advance since this is extremely popular destination.

We will help you with airport transfer or a full day trip in a comfortable limousine to participate in the Carnival. 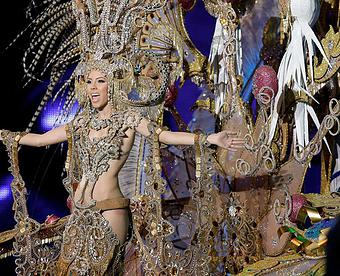 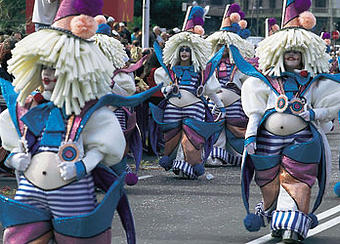 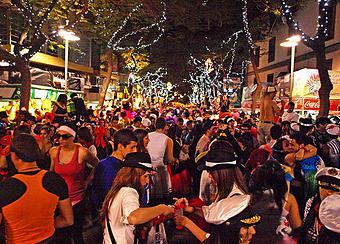