Tenerife is a mini continent

Tenerife, the largest of the seven islands that make up the Canary Island archipelago, lies between the 28th and the 29th parallel north and 16 and 17 degrees west. Slightly to the north of the Tropic of Cancer, situated in the centre of the chain, between Gran Canaria, La Gomera and La Palma.

The island is just over 300 km from the African coast, and about 1,300 km from the Spanish Mainland. It has an area of 2,034 km 2 and a strangely triangular shape, with the gigantic Pico del Teide rising up in the centre to 3,718 metres, making it the highest point in all of Spain.

Tenerife is a volcanic island that was originally formed in the late Tertiary Age. Seven million years ago, the areas of Teno, Anaga and Adeje emerged from the sea and later joined together to form the Dorsal Mountain Range. In the centre of the island, the impressive cone of Teide (3,718 m) rises up over the Caldera de Las Cañadas, forming the highest point of the island and, indeed, of the whole of Spain.

The rugged island terrain and the variety of climates has produced a territory of many different landscapes and forms, from the Teide National Park to Los Gigantes Cliffs with their vertical walls, with semi-desert areas with their drought-resistant plants in the south, valleys of tropical and sub-tropical crops, areas of laurel forests in the Anaga and Teno massifs and large areas of pine forest above the laurel forests relicts of the Tertiary Age. The wide variety of climates and landscapes in Tenerife is matched by a wealth of ecosystems, each with its own characteristic flora and fauna.

In Tenerife you will find each day brings you a new experience. Going shopping in the capital, visiting a museum or going to one of the many cultural events that take place: these are some of the options you won’t be able to resist. Equally exciting are the various theme parks, designed for the entertainment of both young and old. In fact, you’ll get the impression that the whole island is one big park, with a range of different settings and an infinite number of attractions and things to do. What’s more, all this takes place against a background dominated by a majestic volcano, the highest peak in Spain, which acts as the guardian of this island full of contrasts.

But that’s not all.

Prepare yourself to enjoy an incredible variety of landscapes of extraordinary natural wealth in a land scored through with ravines, as well as spectacular cliffs, forests of prehistoric species, extensive wooded areas of the canary pine (an endemic species in the Canaries) remarkable rock formations, hidden bays and lively beaches, volcanic peaks and heathlands, valleys growing tropical fruit… These are places that are home to multifarious species of flora and fauna, many of which are exclusive to the island. 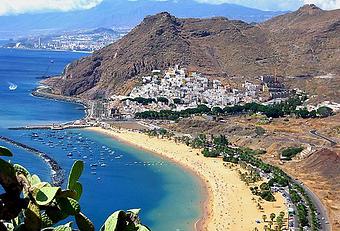 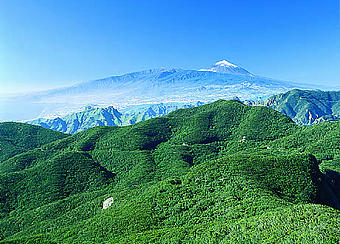 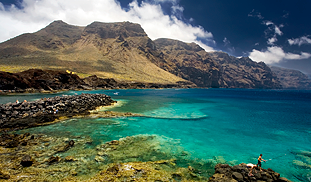