There are two different airports in Tenerife.

Los Rodeos (TFN) Tenerife North airport, located in the north-east part of the island receives mostly domestic flights from other Spanish airports, it is specially recommended if you are staying in Puerto de la Cruz or in Santa Cruz since it is the closest airport to these two destinations.

Reina Sofia (TFS) Tenerife South airport is the one located in the south of the island, and is convenient if you are travelling to the southern resorts: Los Cristianos, Playa de las Américas, Playa Paraíso or las Galletas. Most international flights arrive to the southern airport.

We offer you comfortable Airport Transfers both from Tenerife North and Tenerife South airports. Our driver will meet you at arrivals and drive you right to the door of your hotel.

Santa Cruz de Tenerife’s harbour receives a large number of tourist cruises throughout the year. It is also a port of departure for regular shipping lines that link Tenerife with the other islands and with mainland Spain. There are fast jet links to the other capital city of the Canary Islands, Las Palmas de Gran Canaria.

The shipping lines that connect Tenerife with other western Canary Islands such as La Gomera, El Hierro and La Palma, depart usually from the port in Los Cristianos in the south of the island.

Tenerife being a small island, it is easy to travel by car from one corner of the island to another within a couple of hours. A highway links the south of the island with the north following the eastern coast of the island, making it easy for visitors to drive from one city to another, and from the southern resorts to the cities in the north. Be ready, however, if you are going to the Teide mountain by car, the road is full of bends and you are likely to find some snow on the highest parts of the mountain during the winter months.

If you are renting a car, remember not to leave any belongings in the car, some car hire companies will advise you to leave the car unlocked. In Tenerife nobody would steal a car (how would they ever get it out of the island?) but thieves are likely to break into the cars if they see anything valuable inside.

We offer the best rent car rates and, if you want to drive in Tenerife by yourself, you’re welcome to our rent a car section for more information on renting a car in Tenerife.

As for public transport, there is no train or underground in Tenerife, but an efficient network of public buses, called “guaguas” by the locals, connects most towns and cities in the island.

The key to independent exploration on Tenerife and finding the beaches, village trails and hidden away haunts worth seeing is the local bus network. It’s easy to do, fun and cheap.

The funny named TITSA bus company (Transportes Interurbanos de Tenerife SA) operate a surprisingly comprehensive network of routes covering most of Tenerife, including an airport transfer bus from the southern airport to the resort areas. Pay by cash to driver or better get a prepay TITSA ‘bono’ card and the island is your oyster. Available from main bus terminals and a few other select outlets, the prepay card (12€ or 30€) gets you up to 50% discount on any journey over 20 kms, plus free admission to several museums in the capital, Santa Cruz, which makes most journeys cheaper than a pint of beer.

A modern tram service TRANVIA, also called a “metro” here, operates between Santa Cruz and La Laguna. The fastest way to travel within the aglomeration. 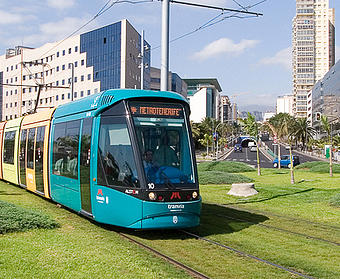 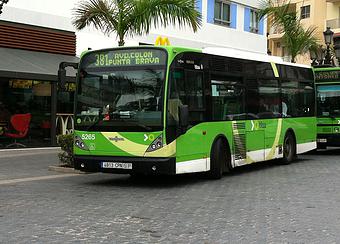 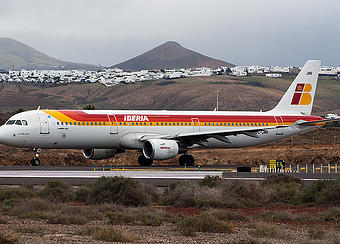 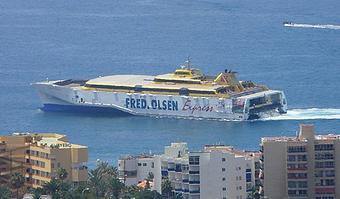